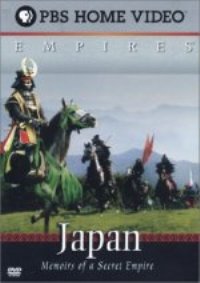 Back in 2004, the Public Broadcasting Service (PBS) aired a three-parts documentary on the history of Japan's opening to the outside world and subsequent closing under the Tokugawa rule until the re-opeining of the country under the pressure of Commodore Matthew Perry and his Black Ships. The series, called Japan: Memoirs of a Secret Empire is narrated by the main actor of the series Shogun, Richard Chamberlain. It is a fantastic attempt at bringing to life this ancient story and it is very entertaining in addition to be quite informative.